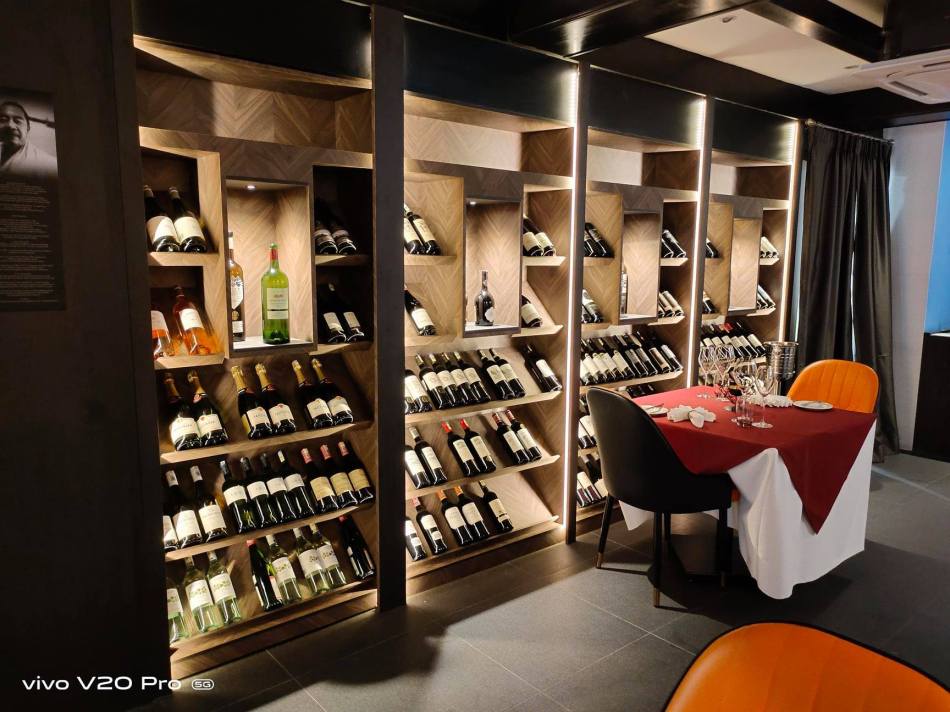 Vivo Malaysia passed me the Vivo V20 Pro which was launched in Malaysia back in end-October 2020 (which you can read about here – https://timchew.net/2020/10/21/vivo-malaysia-launches-the-vivo-v20-and-v20-pro/) and sadly, before I could actually put it to a field test, the authorities in Malaysia announced another round of the Movement Control Order which rendered me unable to try out this new mid-range smartphone in the field as all events and reviews were cancelled during the MCO.

The Vivo V20 Pro comes with a 765G processor, with 8GB RAM and 128GB ROM, powered by a 4,000mAh (TYP) battery with vivo’s 33W FlashCharge technology. Charging the phone typically takes about half an hour to get me enough power to last me through the day.

The V20 Pro is fitted with the Eye Autofocus Dual Front Camera, which includes a 44MP Super Definition Main Camera and an 8MP Super Wide-Angle Camera (this cam offers a 105° or 103.6° after correcting for distortion allowing you to capture super wide-angle selfies).

On the back is the 64MP AF + 8MP AF (Wide-Angle/Macro/Bokeh) + 2MP(Mono) camera setup. (The cameras come with various modes and functions which you can read about in my feature.)

Now, some points to note before we proceed any further:

Now on to the first field test which was during the French weekend brunch at Chateau Dionne in Damansara Heights, Kuala Lumpur. The lighting was pretty dim and warm due to the restaurant having a very romantic ambiance (and I didn’t bring my video light along with me).

We had the 3-course weekend brunch menu which is priced at RM198++ per pax which includes one starter, one main, and one dessert, as well as OEUF (63’C Free Range Egg, Piperade of Bell Pepper, Crouton), freshly baked French baguette and croissants served with French butter and jam, and seasonal canapés.

I regret forgetting to bring my video light, however, this is a good example of how the rear camera system performs in a situation without additional lighting which is more than adequate for photos for Instagram and other social media platforms (with some post-editing or editing in Instagram).

Next up, I decided to use the Vivo V20 Pro to snap some behind the scenes photos during one of our MHB Digital (I run a digital, content, live-streaming, social media and influencer marketing agency which you can view here: http://mhbdigital.com) professional photoshoots with our Instagrammers.

The restaurant was lit with colour-changing LED lights due to its “futuristic concept” therefore this was an opportunity to see how it performed under various colours.

I was mostly shooting one-handed as the other hand was assisting our principal photographer Andy Kho with the lights, or holding a gimbal with another phone shooting (behind-the-scenes) video. Fortunately, the phone managed to compensate for me not holding it super steady with two hands (impressive as no optical image stabilisation is listed in the specs).

Moving further inside the restaurant, the interior lighting was more blue-ish. The Vivo V20 Pro’s rear camera system had no issues with this setting.

To be fair, most smartphones (even flagship models) struggled with this colour in the light tunnel.

The girls really loved the front camera with its beauty mode (I set it at only 20% to prevent the photos from being over-enhanced). A really impressive feature was that the front camera system was pin-point accurate due to the eye-autofocus which is usually only found on flagship, and/ or digital SLR cameras.

When you’re shooting in portrait mode with the rear cameras, the Vivo V20 Pro actually guides you where to place the subject’s face (which I noticed is mostly based on the rule of thirds), then automatically activates a countdown to shoot once you do so. This is a great feature for Insta-boyfriends and will definitely reduce the amount of frustration, and retaken photos!

BTW Vivo… if you have a hair darkening auto-edit feature, that would really be very useful for me!

I also tried the Portrait mode during a simple birthday lunch with my friend, and she absolutely loved the Vivo V20 Pro’s camera!

In fact, practically every one of my female friends who tried the selfie/ portrait modes absolutely loved the Vivo V20 Pro! The most common remark I received was “With this phone I don’t have to use Meitu/ Beauty Cam to edit my selfies!”.

In conclusion, I enjoyed my time with the Vivo V20 Pro (a good two+ months!) and in my opinion, it is a pretty decent mid-range smartphone. If you’re a female Android smartphone who’s looking for a mid-range smartphone, don’t think any further, just go the nearest Vivo store or dealer, try the phone for yourself, and I bet that you will end up buying it!

Features I liked about the Vivo V20 Pro

What I disliked about the phone:

Updated – I also managed to use the Vivo V20 Pro at the following events:

Setting: Our preview was at 4.00pm in the afternoon thus there was lots of ambient light due to the huge windows hence lighting was no issue at all. The colour reproduction was satisfyingly accurate, while the clarity was also above expectations (even when I was shooting through the protective Plexiglass for some shots). I got to try out the rear wide-angle camera for a number of shots and the quality was surprisingly good for a 8MP sensor!

Setting: Our principal photographer Andy Kho assisted me with most of the photos (it was his first time using the smartphone). The meal started at 4.00pm in the afternoon in a private room with warm lighting and slight daylight light coming in through the window. As afternoon became evening, the dim lighting saw us bringing out a video light to provide some additional lighting. Andy and I both agreed that post-editing was needed for most of the close-up photos of the food shot during this session (however, we normally post-edit most of the photos we shoot with smartphones anyway, except those shot in bright daylight).

Preview of the buka puasa buffet at InterContinental Kuala Lumpur

I did three videos featuring basically the same content. First up was the Picture in Picture mode (forgot to set it to 1080p so this was shot in 720p).

For the next video, I turned up the resolution to 1080p and enabled the Super Anti-Shake mode.

Last but not least, I used the Super Anti-Shake mode (with 1080p) and connected the Vivo V20 Pro to my DJI Osmo Mobile 4.