Maze Gin Bar was launched in April 2017 and is a cosy lounge housing over 200 gin labels, mostly exclusive to Maze in Malaysia. The lounge is Malaysia’s first gin focused parlour by night, as well as a coffee and high tea cafe by day. They recently invited me over for the release of the new menu which features some new bespoke cocktails, gin and tonics that includes 70 unique and unusual gins which are now available by the glass.

The new drinks menu was specially curated by Adam Westbrook, the Head of Beverage Development and who is also a former gin distiller. The bespoke cocktails in the menu are a combination of house made ingredients and locally influenced flavours, alongside a global taste profile.

Maze regularly offers a gin masterclass entitled “Ginology 101” where guests will have the opportunity to learn more about gin and have the option of sampling various craft gins at the same time. 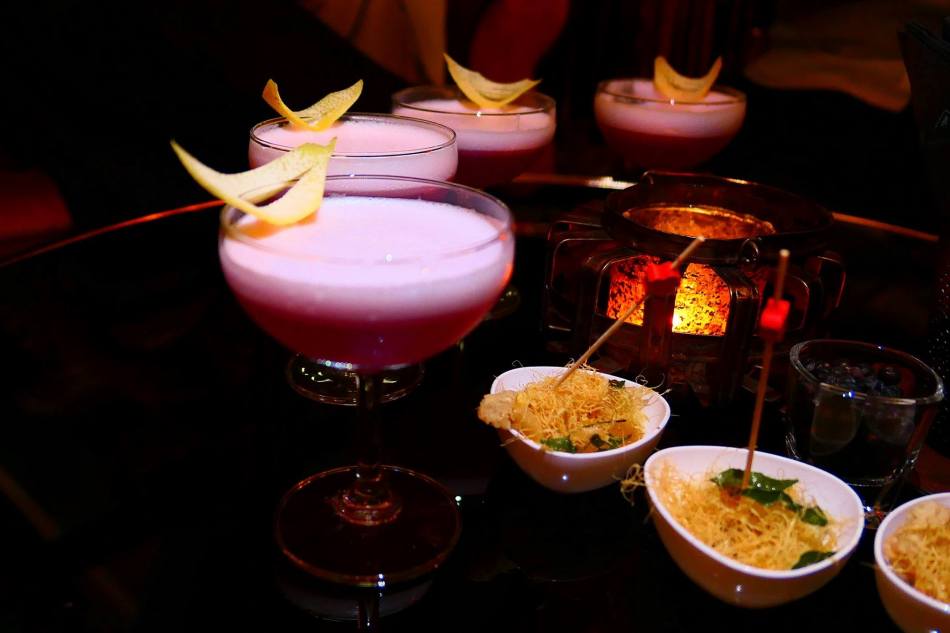 This cocktail had delicate sour and salted notes with hints of sweetness on the finish. 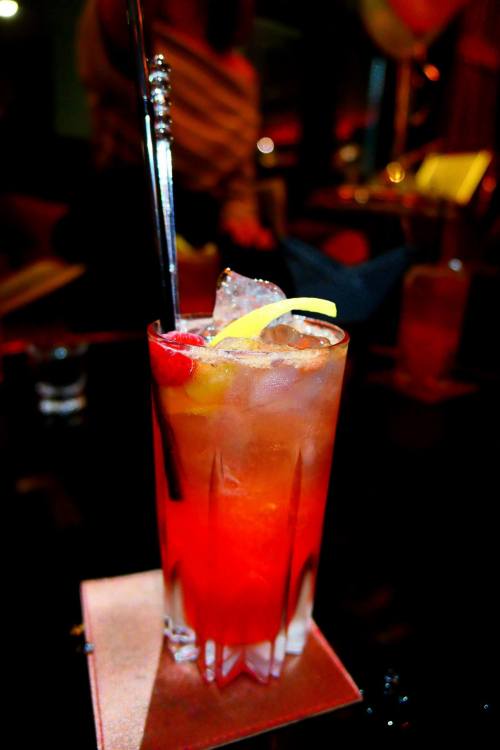 Crisp, tart and fragrant although I found it a tad too sweet (I have quite a low tolerance towards sweet drinks/ food) but I guess the fairer sex would enjoy it.

Storm in a Teacup

This cocktail was spicy, warm and peppery with a soothing pineapple finish. This one really gave a kick!

We also got to try some gin and tonics paired with some ingredients from the “gin sum cart”. 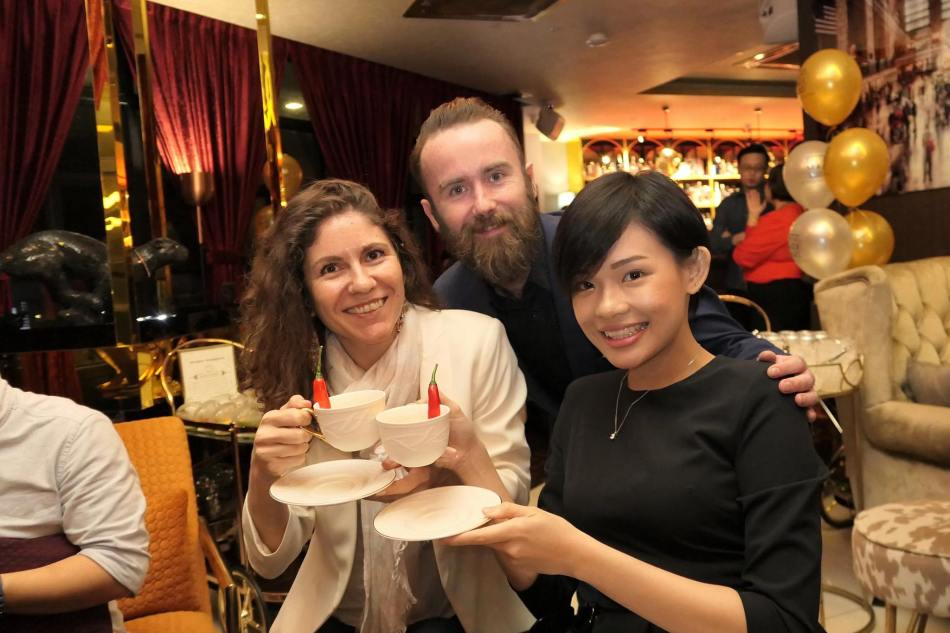 Carlsberg Malaysia ushered in this year’s Chinese New Year (CNY) celebration at 1Utama Shopping Centre on 19 January 2018 with their “Probably The Most Victorious Year” campaign, inspired by the Chinese saying Qí Kāi Dé Shèng (齊開得勝) symbolising the brewer “flagging off to successful ventures” or “together, we succeed” with the Malaysian Chinese community.

The event was a stunning affair (Carlsberg’s CNY launch every year is usually a pretty spectacular affair) which featured a magnificent stage set-up, a riveting lion dance with acrobatic pole jumping, martial art performance, a 24-season drum paired with a 8-foot giant drum performance, as well as sumptuous authentic Chinese fare and delicacies for guests – in the air-conditioned comfort of 1 Utama.

I remember the years where the launch was outdoors at a Chinese temple or at the brewery with blazing hot CNY weather where the ice-cold beers were needed more than ever to keep us cool ha ha!. Very sadly, this year I was unable to attend Carlsberg’s CNY launch for the first time in nine (9) years however Andy Kho managed to go and represent MHB.

Carlsberg also celebrated the record-breaking of half a billion (or RM500,000,000) schoolbuilding funds the Top Ten Charity Campaign (Top Ten) accumulated over the last 30 years for approximately 650 schools. Top Ten, a flagship Chinese community project of Carlsberg Malaysia, joint efforts with two Chinese dailies China Press and Nanyang Siang Pau, has been championing fund-raising for the development of the Chinese education and schools in West and East Malaysia. To mark the milestone, Top Ten artistes also made a special appearance and performed a medley of CNY songs.

Celebrating “Probably The Most Victorious Year” this CNY, RM6 million worth of prizes are up for grabs from Jan 1 to Feb 28 as part of Carlsberg’s “Everyone Is A Winner” promotion, “Probably The Best CNY Shopping Experience – You Shop, Carlsberg Pays”, Carlsberg’s red pull-ring can promotion as well as other related consumer promotions at participating F&B outlets, supermarkets and hypermarkets.

For the second consecutive year, Carlsberg is rewarding grocery shoppers with “Probably The Best CNY Shopping Experience – You Shop, Carlsberg Pays” promotion. Those who purchase RM200 worth of the brewer’s portfolio brands will qualify to participate in “Probably The Most Victorious Game” and stand a chance to have their groceries, worth up to a maximum of RM800, all paid for courtesy of Carlsberg, or win other fabulous prizes. This promotion runs on the weekend of Jan 13-14, Jan 20-21, Jan 27-28 and Feb 3-4 at selected AEON, AEON BiG, Giant, Tesco, Tesco Extra and Cold Storage outlets.

Great prizes await those who purchase a 24-can Carlsberg or Carlsberg Smooth Draught CNY festive promo pack at participating super- and hypermarkets, have a chance to win one-year’s complimentary supply of free beer, totalling 12 cartons. Winners just need to spot the promo code ‘CS’ printed underneath the red pull-rings for the special prize. For those who spot the promo code ‘SA’, he or she will walk home with 4 cans of Somersby Apple Cider.

Additionally, shoppers who purchase one or more cartons or combo deals of 4 sets of 4-can packs from the brewer’s premium brews such as Somersby Apple and/or Blackberry Cider, Kronenbourg 1664 Blanc and Asahi Super Dry will stand to redeem one #ProbablyTheBest reusable bag on a first-come, first-served basis from over 500 participating super- and hypermarkets during the promotion period.

For more info regarding Carlsberg’s promotions, events and activities during this festive season, head over to http://www.probablythebest.com.my or http://www.facebook.com/CarlsbergMY 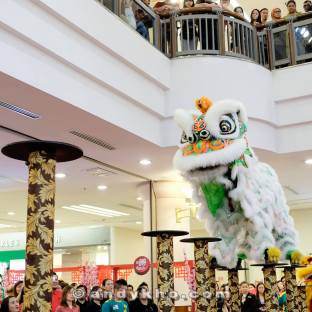 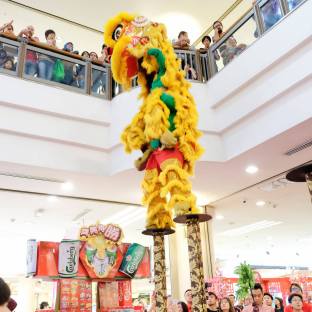 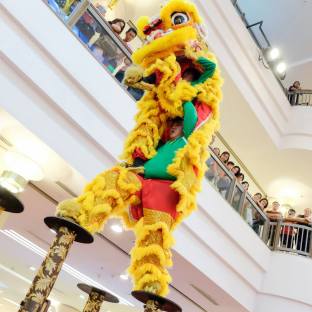 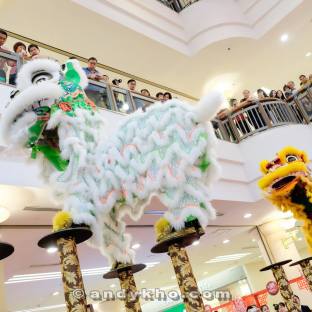 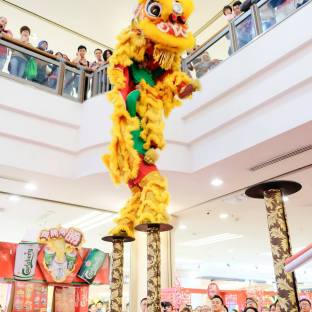 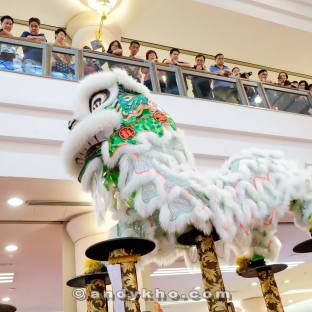