Located in one of the landmarks of Bukit Bintang which is the PARKROYAL KL and inside it is a little gem – the authentic Sichuan and Cantonese cuisine restaurant – Si Chuan Dou Hua.

The restaurant is helmed by Chef Wang Yunghai, who is PARKROYAL Kuala Lumpur’s Sichuan Cuisine Chef, and has almost twenty years of culinary expertise in Sichuan cuisine. Chef Want hails from the the SiChuan Province in China, where he spent the early stages of his career honing his skills in various restaurants in China, and prior to joining Si Chuan Dou Hua, he held the position of Special Deputy Head Chef at SiChuan’s ‘Willful Rivers and Lakes Restaurant’.

The interior has beautiful dark wooden trimming, accentuated by a chequered ceiling, and glass walls, and can accommodate up to 145 diners at a time. 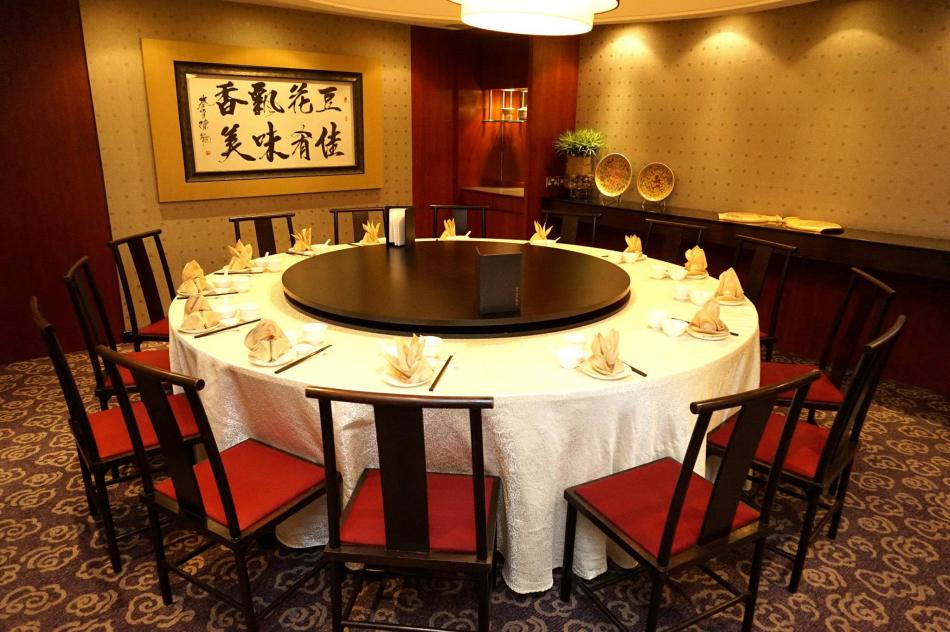 For added privacy, you could opt to dine in one of the restaurant’s four (4) private dining rooms which are named Shu Feng, Shui Yun, Ba Yun, and Xue Yun.

Like some alcoholic drinks to go with your dinner? Fret not as the restaurant has a selection of wines, liquors and beers to accompany your meal. 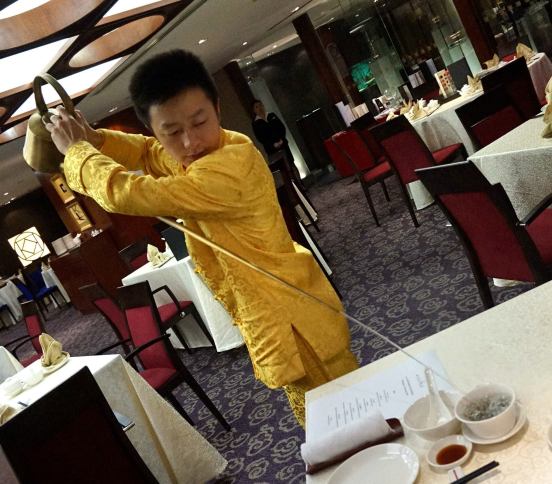 Now this was something rather new to me – the Tea Connoisseur who appears whenever your tea is running low. The Tea Connoisseur combines the skills of Chinese martial arts, dance and gymnastics to perform some pretty impressive tea-pouring moves using a metre-long nose bronze tea kettle. In fact I felt like Ip Man was pouring my tea!

We choose Jasmine tea to go along with the meal. 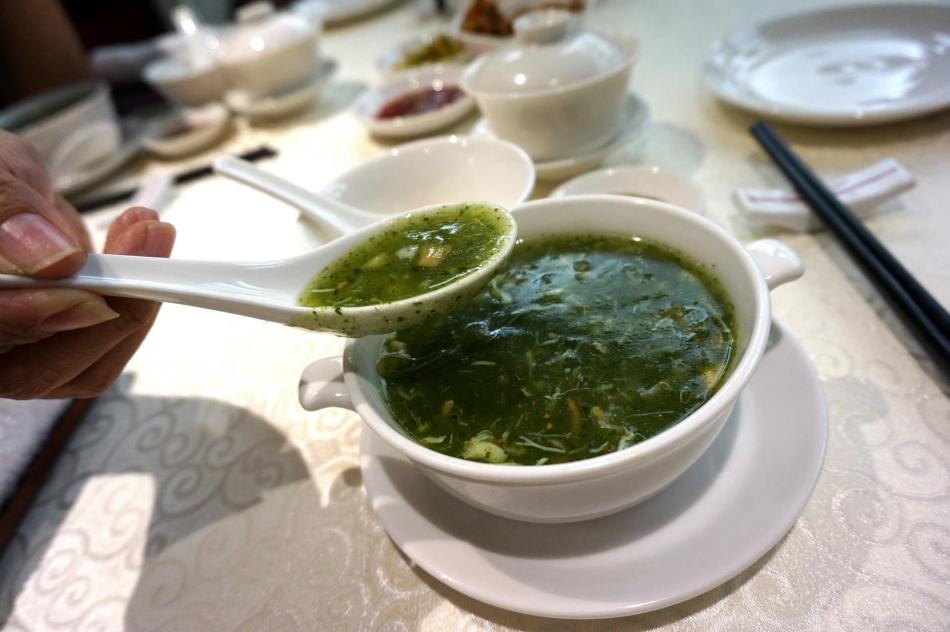 I know the economy is bad but what is this? A kangkung soup? Upon closer inspection we discovered that it actually contained a lot of expensive ingredients while the green colour comes from the Po Choy. Sweet, savoury and very flavourful with small bite-sized chunks of ingredients (no it’s not blended to baby food texture, only the Po Choy is blended ok!), I thought it was like a super seafood soup but with a rather weird colour. A good start to the meal.

I’ve had Sichuan food before so I knew what to expect but OMG this one was spicy! The thing is I like spicy food so I enjoyed the chilled chicken with the fiery hot sauce (had to scape off a bit of the sauce as my lips were on fire). What a contrast! The chicken was fresh and tender and loads of flavour came from the SPICY bean paste. You have been warned! 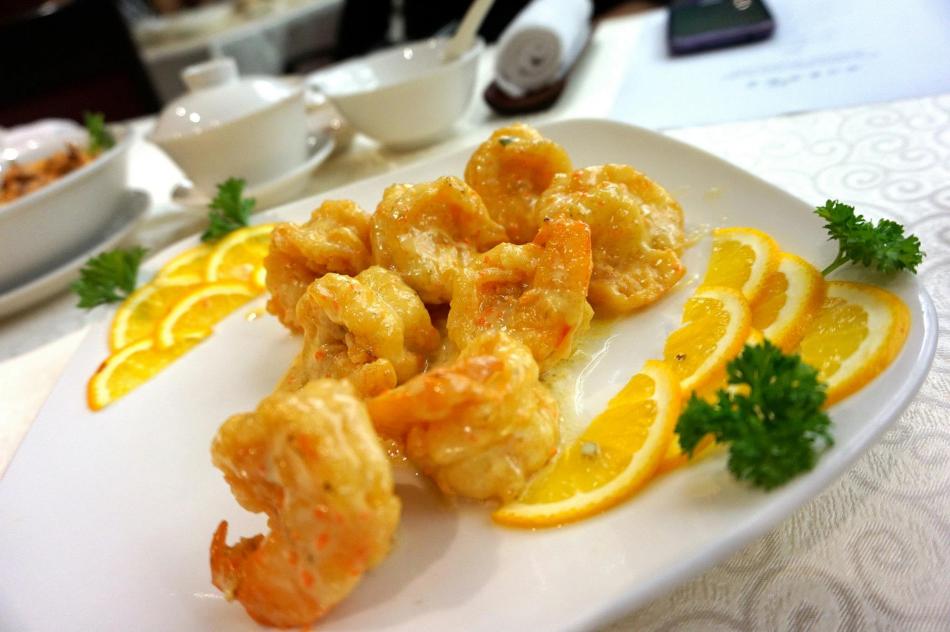 Lovely fresh prawns in a delicious butter sauce. You can’t eat too many or you’ll get “jelat” but hey this is one of my all time favourite dishes so the dish was quickly cleared. 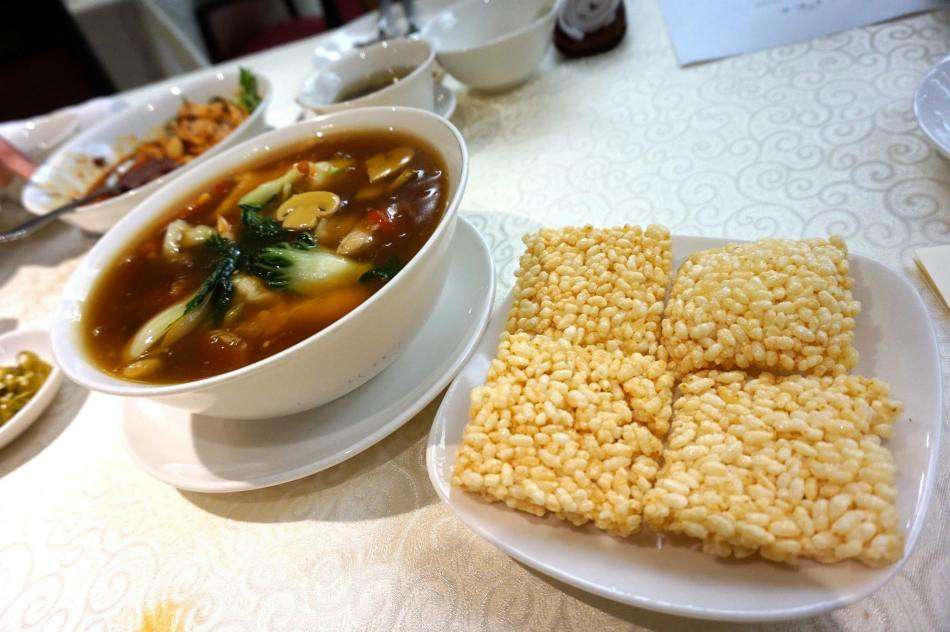 You’re given a bowl where you place a piece of the crispy rice bubbles at the bottom then fill up the bowl with the seafood and the sauce. The sauce will soak into the rice bubbles so don’t wait too long or it will become too soggy. The prawns, cuttlefish, small fish fillets, mushrooms, and vege add some texture to this dish.

Deliciously earthy roasted duck accompanied by thick slices of sweet and slightly sour mango gave this dish quite a considerable contrast of flavours and textures!

This was nice. Nothing super special just a common dish done well. Add the sauce from the Chilled Chicken in Spicy Bean Paste to the French beans for some added zing!

Had to dig out the bean curd as it was hiding below the sauce. Loved its silky smooth texture while the sauce was nice, thick and flavourful.

This was a rather unusual dish to me. Venison in noodles? It went well though and I liked the slight gamey flavour instead of the usual chicken/ beef variants. The noodles were nice and not too heavy.

When this was served I was really afraid that it was going to be super sweet but to my amazement it was not! Just a slight hint of sweetness coupled with a little sourness making it a nicely balanced dessert in a creamy pudding form. No wonder this dessert is one of the best-sellers at this restaurant. Highly recommended especially if you like mango!

tomcat says – this is not your typical Chinese restaurant. What I mean by this is that although they do serve some dishes that could be considered somewhat common like the French beans and butter prawns, there is also a nice selection of authentic Sichuan dishes to choose from. Just make sure that you can handle some spiciness before you order them. 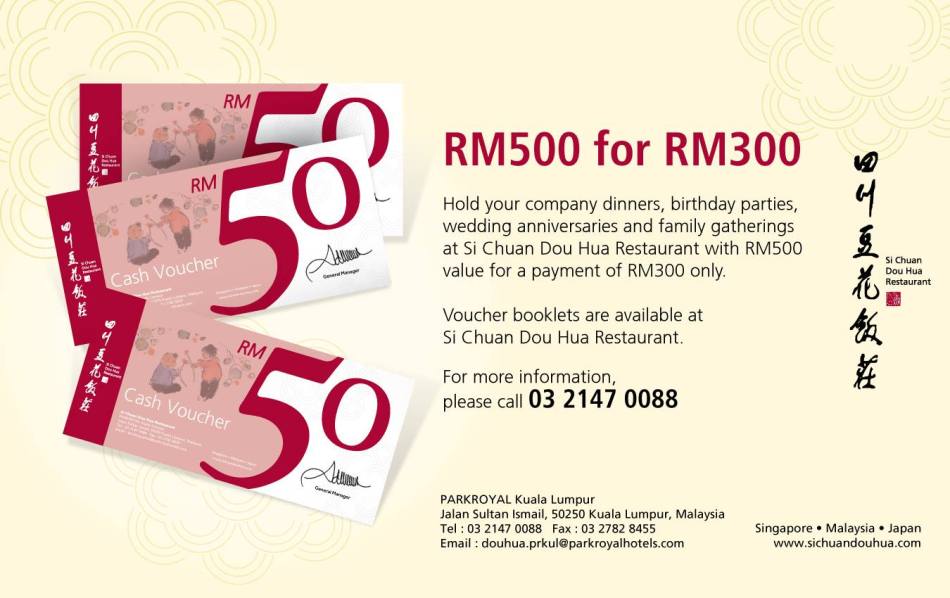 Photos shot with the Sony Alpha 5000. More info on the camera at http://bit.ly/1eLboU1