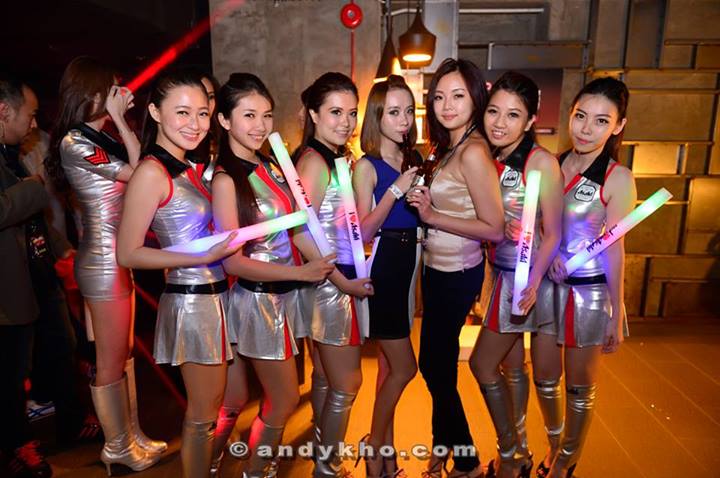 I always look forward to partying in Penang. Maybe because it’s my mother’s hometown or because of the delicious food or beautiful girls or perhaps a combination of all three factors.

In any case I rarely need much convincing to head over for a good party in Penang what more one that was billed to be a new, unique platform to be entertained, be inspired and be in the forefront in igniting endless possibilities. Club Asahi promised one heck of an awesome night for clubbers by making every possible effort to raise the Malaysian clubbing scene into the next level.

And so I eagerly met up with Andy, Stephanie and Kate on a slightly hazy Friday the 21st of June 2013 morning in KL and we began our roadtrip up to Penang. Six (6) hours and one crazy jam later and we were crossing the Penang bridge and quickly checked-in to our hotel to prepare for the party.

Luckily Penang was spared from the haze and its blue skies were a welcome sight for us. While the girls were busy putting on their make-up and what not, I quickly ran across the road to grab a quick fix of Penang Hokkien Prawn Noodles! Craving satisfied for the moment.

Anyway it was soon time to head over for dinner before the party.

At the end of the night, Asahi brand manager Calvin Khoo was beaming with delight and shared that there will be more Club Asahi parties to come to satisfy the insatiable Asahi fans who expect an ultimate clubbing experience featuring best trends of electronic dance music coupled with an exclusive drinking experience in the country’s best clubs.

Club Asahi Miami would go down in history as a successful consumer activation for Asahi in Malaysia, complementing Asahi’s past sponsorships of Malaysian raves and music festivals such as Swedish House Mafia, Future Music Festival Asia and Dash Berlin.

For more info on Asahi Super Dry head over to www.facebook.com/AsahiMalaysia