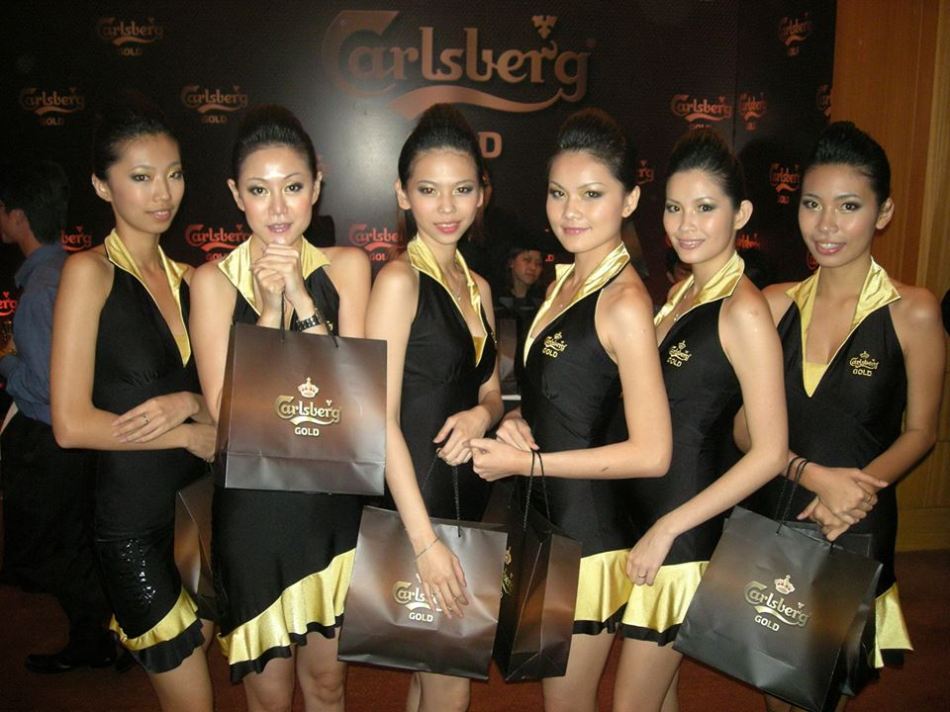 Was very excited to attend this event at Hilton KL Sentral on 31 July 2008 as it was the very first event that I attended representing my magazine FHM.

Carlsberg Gold is a re-launch of the Carlsberg 160th Anniversary Brew commemorative quality beer introduced in 2007, a brew that is an inspiration of an original recipe in the 19th century of Carlsberg founder J.C. Jacobsen.

Carlsberg Malaysia managing director Soren Holm Jensen said, “The demand from customers and trade was so overwhelming that it exceeded all of our expectations, so we decided to reward our consumers’ confidence by re-launching the Carlsberg 160th Anniversary Brew as Carlsberg Gold”.

“Gold symbolises power, strength and perfection. Its value and appeal stretches across the cultures of history, often associated with excellence and triumph.”

“Indeed, gold represents what is purest, most sought after and most valued in terms of human aspirations,” he added.

Carlsberg Gold is available in quart and pint bottles with 5.5% alcohol content, at restaurants, food-courts, coffee-shops, pubs, bars, hypermarkets and supermarkets throughout the country. Recommended retail price is RM7.50 (quart) and RM14.90 (pint).