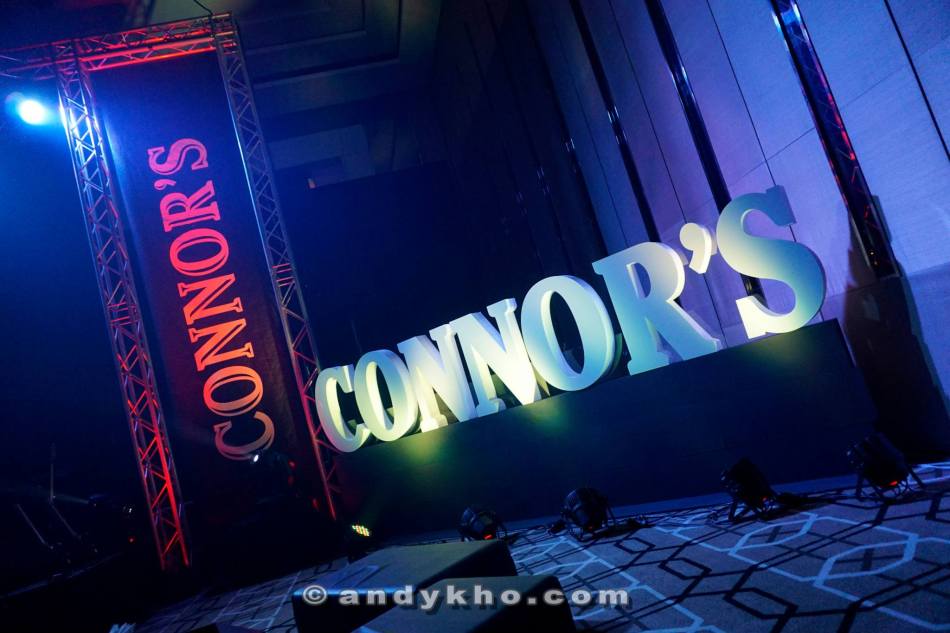 Headed over to Nexus Bangsar South on 30 March 2015 for the relaunch of Connor’s Stout Porter, a premium draught by Carlsberg Malaysia. The brew was actually introduced to the Carlsberg portfolio back in 2009, using a recipe recreated by Carlsberg’s Master Brewer, which was inspired by the original Stout Porter that was popular among the British in the 1700s. Of course, in life you need to keep on progressing and that’s what Carlsberg Malaysia did by getting their Master Brewer Kristian Dahl to improve the recipe to deliver the same crisp texture, creamy head and gentle roasted undertones, and yet somehow taste even better than before The 5% ABV stout is locally brewed to ensure freshness, and maintains the essence of the original Stout Porter, the recipe provides a unique balance that is not too rich or too bitter.

I’ve had my fair share of Connor’s Stout since 2009 but I’ve always had to stop after a two to three pints as I would feel a little overwhelmed by the creaminess or “jelat” as Malaysians would say, but for this new recipe I found that I could go on drinking pint after pint as it was pretty well-balanced and easy to drink. Heck even the girls and ladies at the launch had no trouble having a couple of pints. 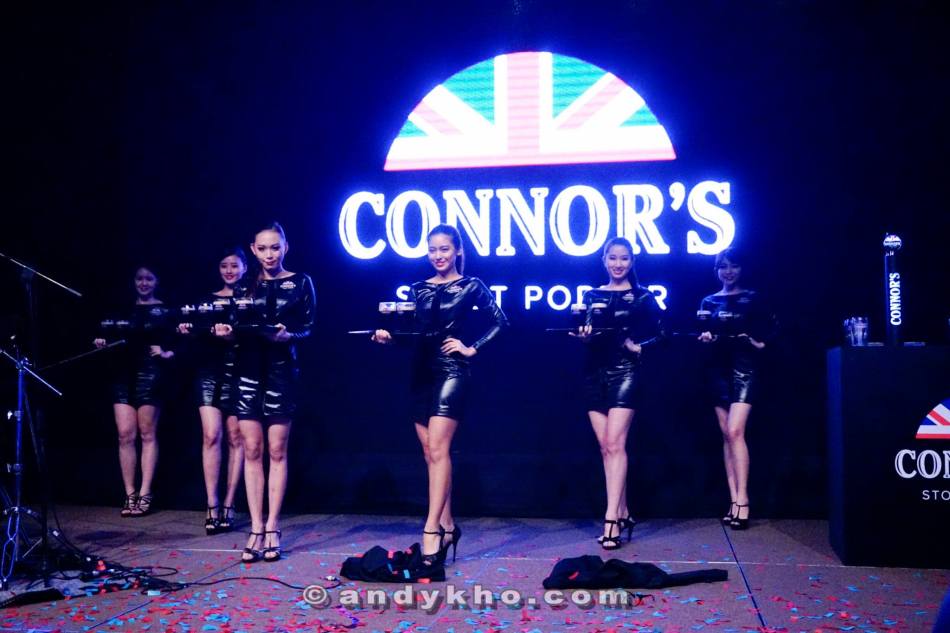 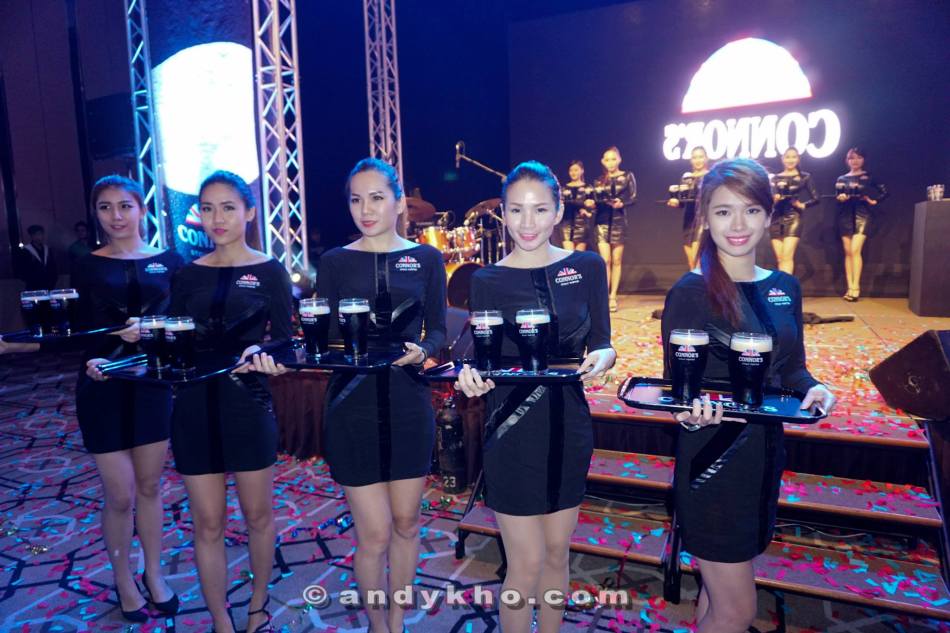 “Connor’s Stout Porter pays homage to the original Stout Porter that was once the reward after an honest day’s work for porters in Great Britain back in the 1700’s. It was the simple joy sparked from a refreshing pint that these porters looked forward to after a long day at the docks, and it is this very essence that is embodied within our recipe as well as our new tagline, ‘Just Made Right’,” said Henrik Juel Andersen, Managing Director of Carlsberg Malaysia, officiating the launch of Connor’s new brand identity and campaign.

“With Connor’s Stout Porter, we want to promise consumers a genuine experience that showcases that you don’t need anything else but great company and a great brew to have a good time. It’s a brew that was made with our drinkers in mind – with balanced flavours just made right that make it a satisfying drink after a long day at work,” he added. 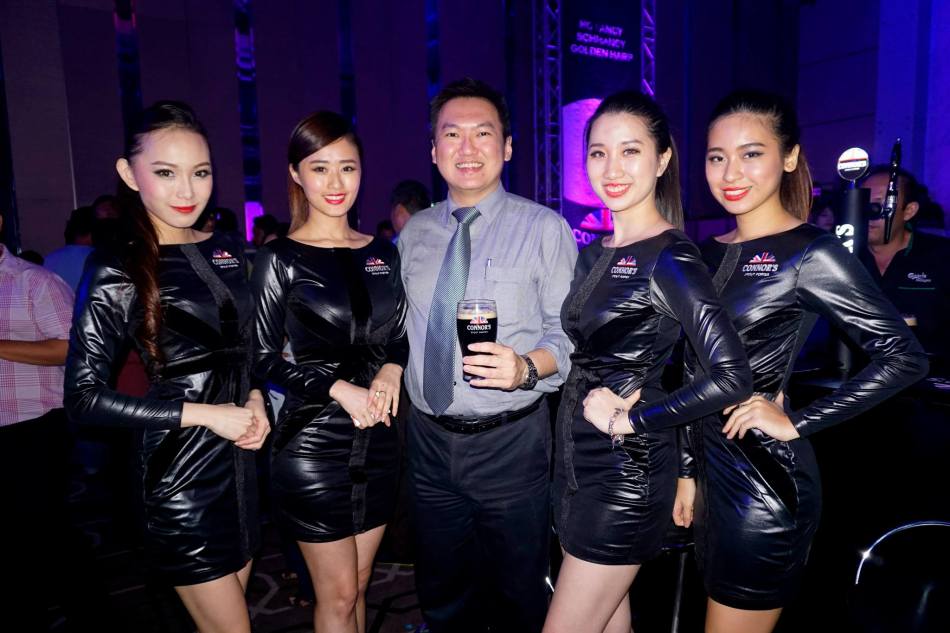 We were kept entertained with a whole bunch of activities throughout the evening, including the Ultimate Beer Pong Challenge where players stood a chance to win exclusive Connor’s Pint Glasses. We could also tap our own pints of Connor’s at the mobile bars but having done this like a gazillion times I decided to enjoy the food and drinks instead. There was a sexy dance performance after which local talent Russell Curtis and his band entertained with his upbeat, lively tunes before local pop rock trio, Paperplane Pursuit rounded off the night. 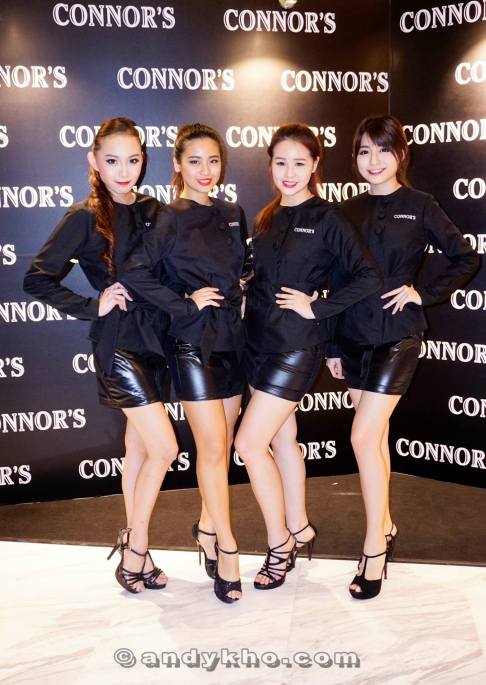