Section 114A, is a new amendment to the Evidence Act 1950. It was passed by parliament in April and went operational on 31st July 2012.

It makes any owner, admin, host, editor, subscriber of a network or website, or owner of a computer or mobile device responsible for its contents, even if you didn’t post it, write it, use it or share it.

That means if you…
· use Facebook, Twitter
· blog
· run a website
· run a forum
· provide free Wi-Fi in your mamak
· provide Internet at the office
· use a smartphone, laptop or tablet to go online

…you are now presumed guilty and can be tried for sedition, defamation or libel for what someone else has said, even if you don’t agree with it.

What if you were hacked or someone piggybacked on your Wi-Fi account? You are still guilty.

Thousands of accounts get hacked into every day by very tech-savvy mischief-makers. They are the ones this law purportedly intends to stop, but it does the opposite. This law lets identity-thieves get off much easier because now, you are the one who is presumed guilty! If you were hacked into, how many have the skills, time and resources to prove it wasn’t you?

Not to mention added logistical and financial burdens for businesses. If you provide free Wi-Fi in your mamak or office, how are you going to monitor all your customers and employees?

This law makes it easier for the authorities, but not for us.

Cybercrime is a serious problem that needs to be tackled. But it should not be solved using this badly-thought out law.
This is a law that threatens internet freedom, is against fundamental principles of justice and burdens the public so many ways.

We can do something about it if all of us take a stand.
Let’s send a message to ALL lawmakers that we want this law repealed.

timchew.net is one of the longest running men’s, premium and luxury lifestyle site featuring  curated news from Malaysia,  Singapore, South East Asia, and beyond. 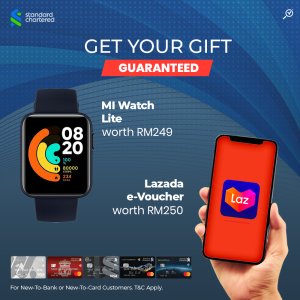